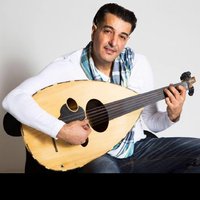 Tarek Bitar is currently one of the most in-demand vocalists and oud players in Germany.

Born in Beirut, Lebanon, Tarek devoted himself to the classical tarab song and oud repertoire from the age of eight years.

He was soon a band member of the world-famous conductor "Salim Sahab” and at 16 years old found a new home in Germany.  As a featured singer and oud player, Tarek appeared at many of the country’s biggest concert halls with a number of renowned bands and Arabic stars.

Over several decades, Tarek has specialised in accompanying the world's most famous dancers on the international Bellydance scene, including Randa Kamel, Nesma Al-Andalus, Sahar Samara, Tito Seif, Amir Thaleb and others.